SA picked up 3 Awards out of nine categories at the National Landcare Awards that were presented at an Awards Gala Dinner on Thursday 11 October at the Brisbane Convention and Exhibition Centre!  A fantastic result!  Congratulations to: 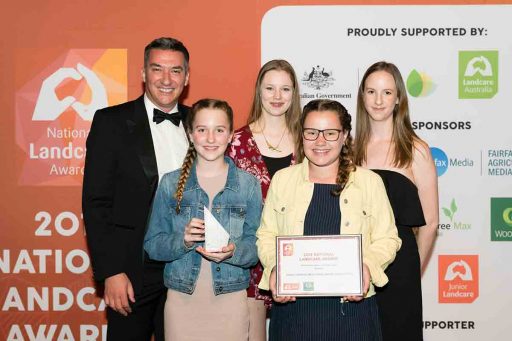 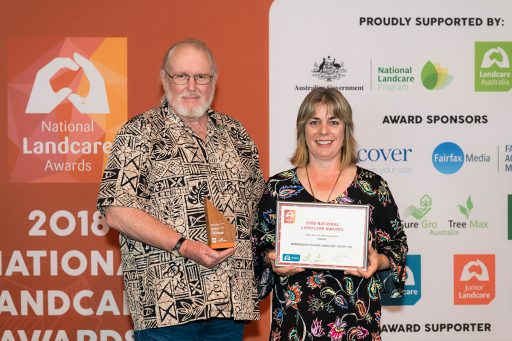 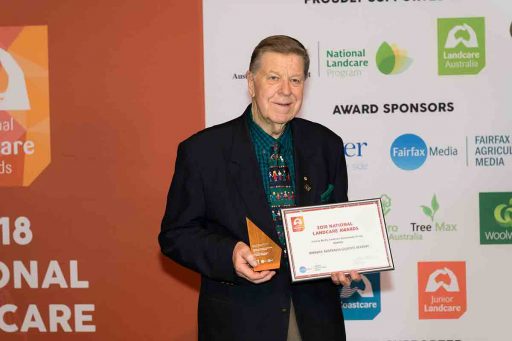 Around 600 Landcarers came together to celebrate the successes of the inspiring finalists at the awards dinner. SA was well represented with a finalist from every category attending the event and a strong contingent of SA Landcarers in the audience to cheer them on!

We congratulate all the finalists from SA and the other states and territories on being recognised as Landcare champions at the National level for their outstanding efforts and commitment to Landcare. 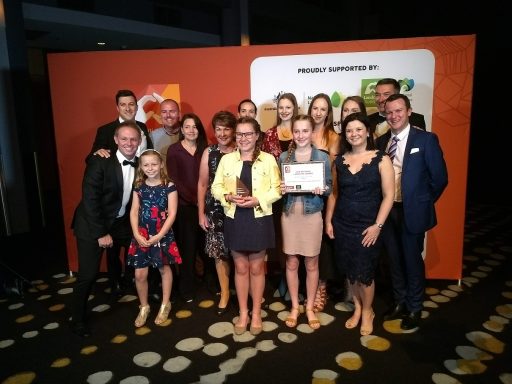 Grace Bassett of Mt Compass Area School was the SA finalist in the Austcover Young Landcare Leader Award. While that award was won by Kathleen Brack from Victoria, Grace was also at the awards as a member of the Mount Compass Area School Swamp Ambassadors which won the Woolworths Junior Landcare Team Award. It was fantastic to see how delighted they were to win, a delight that was equally shared by the families and staff that were there to support them (right).

The finalists from SA that were competing for the 2018 National Landcare Awards were the winners of the SA Landcare Awards held in 2017 are listed below – click the links to read their stories;