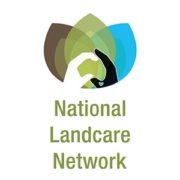 Recruitment is now underway for a project manager to drive the next critical phase of a merger between the National Landcare Network (NLN) and Landcare Australia. The NLN and Landcare Australia are looking for an exceptional Project Manager with extensive experience in not-for-profit mergers to deliver a high-profile project for the two organisations.

The boards of the NLN and Landcare Australia met in Canberra in November to re-affirm their commitment to move forward with the formation of a new National Landcare organisation. They agreed on the next steps to make this happen, with the new entity to be established before the end of this financial year.

Once formed, the new organisation will give the Landcare movement a single National organisation working on its behalf. Both organisations are committed to doing what is best for community Landcare and recognise that they will have a greater impact together.

They are now seeking an experienced Project Manager to provide the skills and capacity to enable them to meet the target merger date of 30 June 2018. A project scope is available by request to landcarerecruitment@gmail.com. While one person is preferred a consulting group will also be considered. Applications close on 19 January 2018.

Community-owned and driven, Landcare encourages integrated management of environmental assets with productive farmland, and promotes a more sustainable approach to private land management. Today there are approximately 5,400 Landcare and associated groups around Australia.