The Parliamentary Friends of Landcare SA was successfully launched at an inaugural dinner at Parliament House, Adelaide, on 26 February.

The dinner was attended by 14 parliamentarians from all sides of politics and 14 community Landcare representatives from across SA. The Hon John Dawkins MLC hosted the evening and welcomed members and guests, saying it was an honour to launch this great initiative with such strong support from parliamentarians. 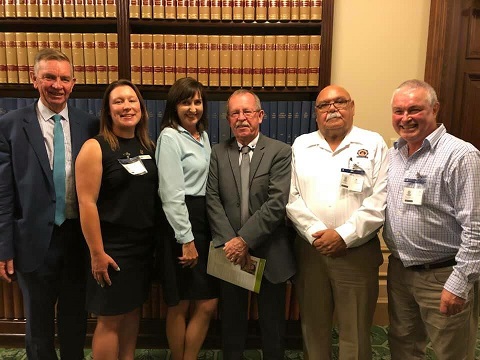 The dinner also recognised that Landcare SA is celebrating its 20th year in 2019 with a special cake cutting ceremony to mark the occasion.

Many thanks to Hon John Dawkins MLC for hosting the inaugural meeting and launch of the Parliamentary Friends of Landcare SA at Parliament House and we look forward to working closely with this group to advance the Landcare movement in SA. Thanks also to Landcare SA Committee Member, Gerry Butler, who planned and managed the event.