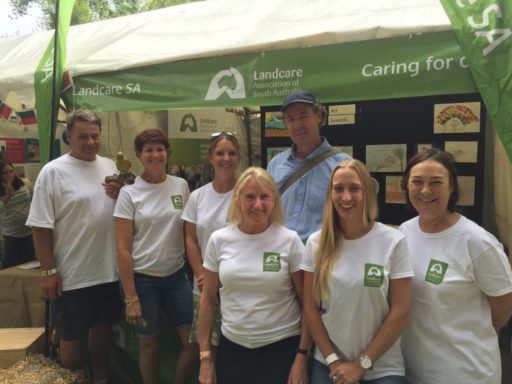 The Landcare Association of SA (LASA) and eight of its member groups took Landcare to WOMADelaide from 10 to 13 March 2017, through the inaugural Landcare SA stall.

The Landcare SA stall enabled the groups involved to promote their role and their activities, and to share their enthusiasm, experience, and knowledge, with an audience of tens of thousands of local, interstate, and overseas spectators.

Presented over four days in the middle weekend of the Adelaide Festival, the world’s best artists, thinkers, dancers and creators joined in a celebration of music, tolerance, goodwill, cultural curiosity and joy amongst the green oasis of Adelaide’s majestic Botanic Park. In 2016 more than 95,000 people attended this amazing festival.

It was a very enjoyable weekend for all involved and helped to raise public awareness of Landcare and its environmental and community benefits.