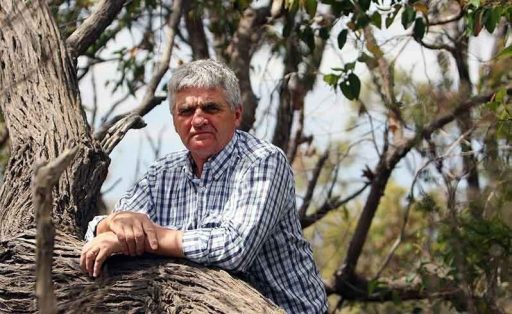 Keith is a long-time advocate for the ecological values of south-western Australia and the value of grass roots work. Keith grew up in Victoria and came to WA in 1976 to run a beekeeping business. He later diversified into the collection and sale of native seeds and environmental consulting.

In the early 1980s he was part of tight group of farmers and conservationists who successfully halted clearing for marginal agriculture of some 3 million hectares of public land. By 1985 he had helped establish Western Australia’s emerging landcare movement and served on one of the early Land Conservation District Committees. He was also a foundation member of the Fitzgerald River National Park Association, and in 1986 brought together local landcare and environmental groups to form the community based Fitzgerald Biosphere Project, activating UNESCO’s man and Biosphere listing for the area he lived and worked in. At much the same time he was involved in local enterprise development programs, assisting a number of farmers to establish wildflower farming and other diverse enterprises.

In 1989 he was employed by the WA Minister for Agriculture and represented the state in meetings and events as part of the formation of the National Landcare Program. He also worked for the WA Minister for Trade and Development, largely on the establishment of value-adding industries in rural areas, and for the Shark Bay community on its conservation options for the area. This included establishing WA’s first large fenced area to exclude feral predators. In 1990 he was appointed by the WA Minister for Agriculture and Water to work with the community to reform and manage the largest and most controversial catchment program in WA at the time, and continued in that role until the end of 1994. He then put the long history of that area and program into a book – ‘Peel-Harvey: decline and rescue of an ecosystem’ – as well as working with the Alcoa company to establish a landcare funding program for the area.

In 1996 the new Minister for Agriculture invited him to work with the Department on halting large scale clearing of private land in the agricultural areas, which was achieved through development of an innovative MoU establishing a working group across four departments and two statutory authorities. Keith then developed and implemented a number of measures to assist farmers affected by the clearing controls. He also worked closely on vegetation and other issues with WA’s Soil and Land Conservation Council and the WA Landcare Trust. In the same period he co-wrote and narrated the award winning documentary ‘A Million Acres a Year’, which told the story of the change from large scale clearing to the beginnings of large scale restoration in WA.

From 1999 Keith worked, in his WA government position, with The Nature Conservancy to establish the Gondwana Link program, and left the public service to lead the program once it began formal operation in 2002. Gondwana Link was the first large connectivity conservation program in Australia and has since grown to involve over 20 groups implementing large scale restoration and management programs in key areas of the 1000 km long program.

In 2009 Keith assisted The Nature Conservancy in a management review of the San Quintin program, in Baja California. From 2012 he has provided mentoring support to the Tindall Foundation and others in the establishment and operation of the Reconnecting Northland program in New Zealand. In 2014 he was a founding Committee Member of the WA Landcare Network and currently sits on the Board of Australia’s National Landcare network. He won the Great Southern Development Commission’s Medal of Excellence in Natural Resource Management in 2005 and was awarded an Order of Australia Medal in 2015 for ‘service to conservation and the environment in Western Australia’.

He is currently co-writing a history of landcare in Western Australia.

Return to the Conference Page